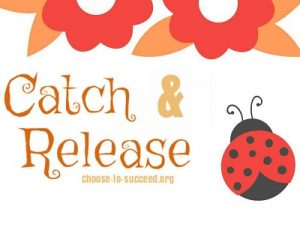 Bugs….
I thought I had bugs because I lived in poverty.

I thought I had bugs because I was black.

I thought I had bugs because that’s what I saw with others around me.

Then after I became a Christian, I read that God put man on earth and told him to subdue it and that the animals would fear him. 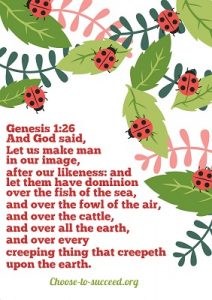 So I started commanding the bugs to leave. I told those bugs that I only paid rent for me and my family and not for them. And I believed this when I said it.

Accepting it: so as I ponder this now, I realize that others might be accepting things to be the way things are. They accept it because they don’t know any better.

Case in point: when I lived next door to a single dad with boys, his place was filthy. You might think, “That’s the reason and the only reason they had bugs”. And then one might conclude that since we had an adjoining wall, that’s why bugs were in my home.

So as I started praying into this matter, the bugs stopped coming to my home.  And my neighbor’s home life had not changed. And proof that the bugs were still there, when he started moving out, the bugs tried to “find a new home” in my place!

Nope! I wasn’t having that! 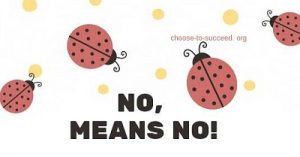 I told those bugs they had to go somewhere else. Besides, it wasn’t my problem that my neighbor was “stirring things up” by moving everything around as he moved out.

What sayings have you been living with, let’s say, from your family of origin or the family you grew up with as a youngster?

What lines or stories do you repeat in your head, over and over, that might be negative and self defeating? 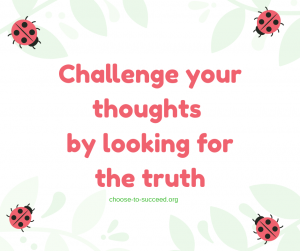 Challenge yourself to think about your thought life. Take time to remember old sayings that were told to you as you were growing up by adults, peers and/or siblings.

Then challenge those thoughts by,

1) deciding if they are accurate thoughts for today

4) What does the word of God say for a situation, for how someone is acting, and so on?

If you think about it from a perspective of being aware of running tapes, old sayings that “always” pop up, you might be able to catch them, like a fish, and not release it back into your mind or way of thinking. Don’t Catch and Release! 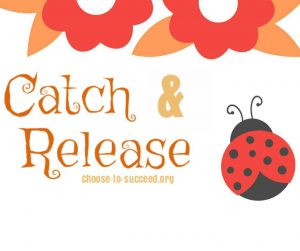 If you don’t catch, scrutinize and release it, the phrase that you have been living by may continue to control you.  It may or may not be obvious that when you hear things, you have the choice to not accept it.  You can release it.  Your ears caught it but your will release it away from you.   You do not have to own every thought that comes your way even if it sounds like your voice.  Don’t over-identify with bad stuff, other’s people’s situations that are not good for you.

When you see the pictures of the ladybugs here, they are usually caught and released.  Sometimes, I wish I had an audible eraser where I can erase words I just heard.

I took the phrase, “you’ll always have bugs” and dispelled it. I took the truth that the color of my skin did not attract the bugs to my home. I did not take my grandmother’s blame that if a bug was in her home, I probably brought it with me when I went to her home for a sleep over.  I stopped believing that one little crumb could bring a horde of bugs.

That was the saying in desert town where I lived once.  They warned me that if I left food out for 5 minutes, it would get ran over by ants. I said, “Cancel, Cancel, in the Name of Jesus” when I heard that phrase for my home. And it only happened once in the 4 years I lived in that place. So I made I deal with the ants at the ant hill. I told them that I had dominion over the creeping things. I told those ants that if they stay out of my home, I’ll leave their ant hills alone. If they came in, I would come to destroy their ant hills.

So what word curses do you allow in your ears and then your mind and finally into your heart? What phrases do you need to release?

When people say, I would kill for a piece of pie, did they mean, literally, that they would commit murder for a slice of pie? Well, maybe for the whole pie…? Nope!  It was just a saying.  A bad saying, but just a way of expressing how much they really wanted to have some pie.

Now that might have been a silly example. But what things do you say or hear regularly that are not correct, not good or for sure, you would not want it to be true? Those are the words you want to cast down, REPLACE, Dispel, understand, and/or rephrase it.

Dispel it if not true, rephrase with a more true sentiment, understand the adjective being used and eventually replace it. It might sound weird at first if you correct people or tell them not to say that. Although, we can correct our minor children.  We can get and give “push back” with adults if we truly don’t believe something.

It can be a challenge in today’s world.

So until we meet again, don’t just catch and release bad or negative sayings. Correct,  rephrase or replace them.

My name is Nek’ka Migel. It has been my pleasure to share a part of my journey with you. What has been your experience for old sayings from your past?

“Doing Business and Ministry Together!”

Find me on Social Media by clicking one of these links:

Read the article about “Push Back”: http://choose-to-succeed.org/do-you-experience-push-back-on-the-job/